The LIFE AERFIT project in Apeldoorn was honored with a site visit from Brussels. On behalf of the Neemo monitoring team, Kinnie De Beule witnessed the first results of the project. The steering committee of LIFE AERFIT took her on a bicycle tour through the city on a cold, foggy December day.

The LIFE AERFIT pilot project runs in the Municipality of Apeldoorn, with help from a European LIFE subsidy. Between 2019 and 2022, more than 150 infiltration wells will be drilled using the Fast High Volume Infiltration Technique (FHVI technique). With this technique, rainwater infiltrates rapidly back into the soil, instead of running into the sewage system, thus preventing a sewage overload.

On the Koning Lodewijklaan the construction of such an infiltration well was demonstrated. The drilling equipment carefully investigates the optimum depth of the pit. The bottom of the infiltration well must reach an aquiferous soil layer that rapidly drains the water. Henk van Tongeren Water & Techniek, the company drilling the infiltration wells, determines the depth of such an aquiferous soil layer by the volume of water that disappears into the soil during drilling. At the visited source this was twenty meters deep.

Next, the company places the infiltration source: a pipe with narrow openings at the end, allowing the water from the source to flow into the soil. The pipe is fixed in the center of the well by surrounding it with sand and infiltration gravel.

The Municipality of Apeldoorn takes a variety of measures in order to be climate robust by 2050. The construction of the infiltration wells is only one means tot this end. During the bicycle tour the steering committee also showed Ms De Beule other measures, such as the Klimaatstraat (‘Climate Street’) that experiments with sustainable measures, for example a vertical garden on a store front.

The tour also stopped at the Amaliapark, through which the Grift flows. Previously, this was a parking area with the Grift running underground. Now the situation is reversed: the Grift runs over an underground parking garage, that now boasts a green and blue roof! The road foundation of the adjacent Brinklaan acts as a water-storage: here rainwater is collected and allowed to sink into the ground.

This article continues below the photo gallery. 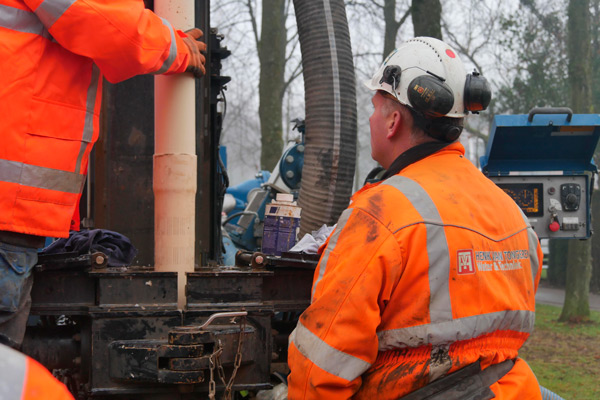 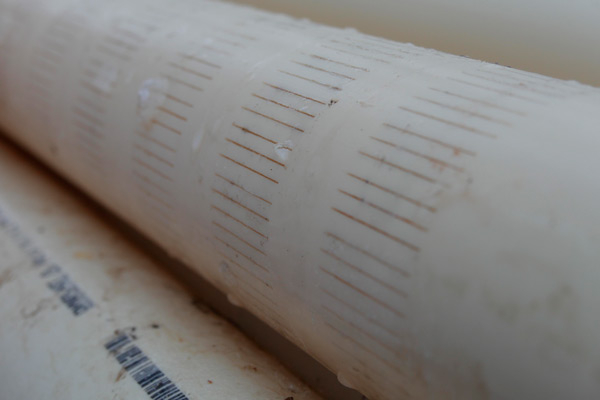 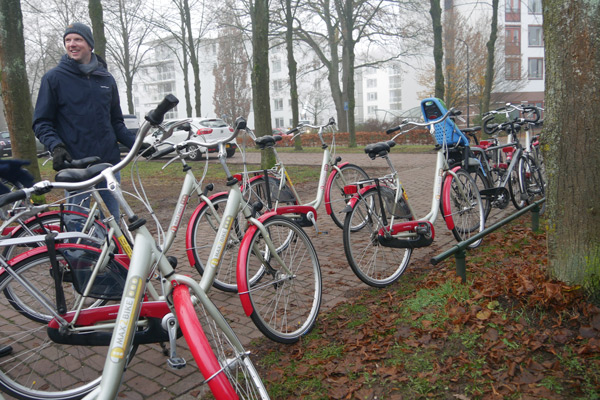 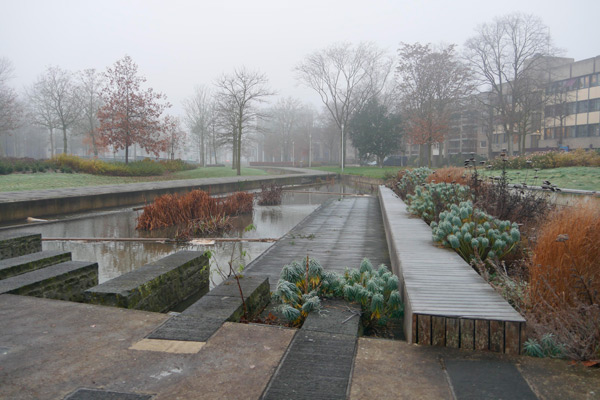 This year the construction of the infiltration wells has started. More than 150 wells will be installed over the next three years. These wells are monitored for three years and the results are disseminated to governments and professionals in the Netherlands and the EU. The FHVI technique will help to prevent damage and irritation due to flooding in urban areas.

The LIFE AERFIT project is an initiative of the Municipality of Apeldoorn, Henk van Tongeren Water & Technology, Stichting 02DIT, STOWA, Stichting RIONED and Hölscher Wasserbau. The project is implemented with the help of a LIFE + subsidy from the European Commission.